I'm thinking about converting my loader double acting. I'm in no hurry - been thinking about it for years! - so intend to look out on Ebay etc for a pair of rams. Just wondered if anyone could identify my loader model from the picture to help when searching.

Also, if I decide to buy new, does anyone have any recs for suppliers. 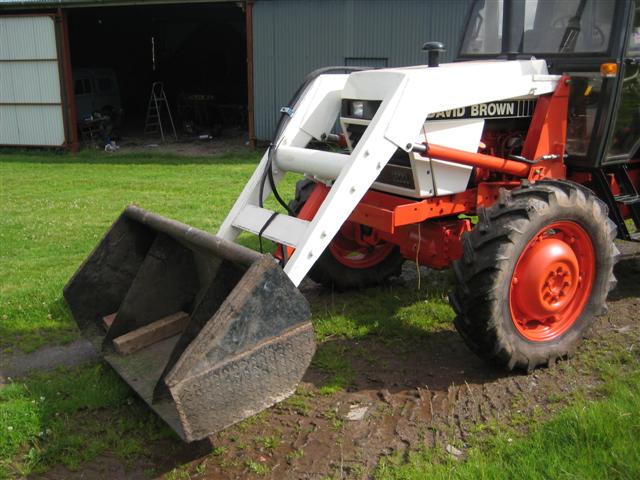 by Guest
May be a GD90, look under the top angled plate of the side frame bolted to the engine chassis side, there should be an ID plate riveted on it with loader model and serial number. It looks like an earlier model as fitted to the 9, 12 and 14 series tractors so could well be an LF loader, LF9 or LF12.

by case-ih1594
Hi, I'd also vote for LQ9 - it looks to me like a 996 Q-cab loader (i.e. narrow type) that has been modified to fit a 1390. The GD90 loaders seem to have double acting rams (as standard?), and the rams would be fitted 'upside down' - with the chrome piston towards the tractor brackets. The GD90 would be wider, welded construction.

by JamesF
As far as I know GD and HD90 loaders didn't have the tubular cross member up front.

It's an earlier loader modified to fit.

by Guest
The loaders for the 90 series had totally different brackets as well. I think from memory that the early ones did have the tubular front cross member, or at least the GD (general duty)and the single crowd ram but the HD (heavy duty)and the QD (quick detach) had a flat top cross member with an under 'keel' and had double crowd rams. The loader pictured has single acting lift rams and L type loader brackets, that's why I think it's an L type.

Thanks for the answers. Also a slight apology - I had actually forgotten the history of the loader, I bought it at a farm sale and as sold it had some mounting brackets which I don't think were DB, and also the loader mounting point had been modified to use shorter rams - see photo. I eventually got hold of some proper loader brackets and rams and cut of the plates. I thought at the time that I had returned it to it's "ex factory" state, but looks like it's still a bit of a hybrid ! 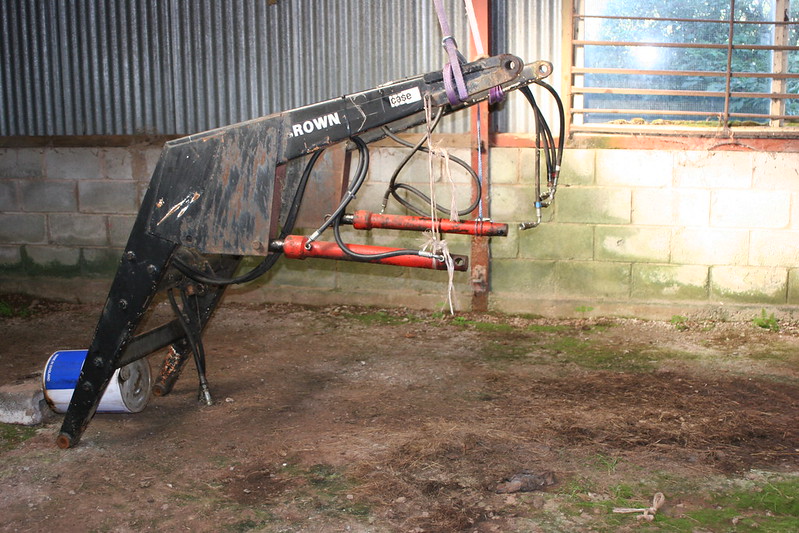